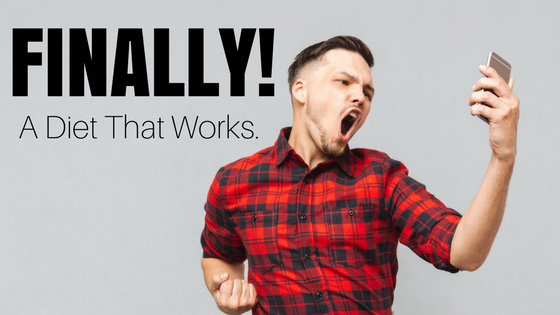 You see, it’s taken me that long to find a solution to my sugar addiction.  Yes, I did say addiction, and I mean addiction (more on that later!).

I didn’t really know it was an addiction until about a month ago.  Because, prior to that, I thought it was just the way I was.  I love sugar, I always will.  Enough said.

And, when I was in high school, I played a lot of soccer, and got used to eating whatever the heck I wanted, without gaining weight.  I thought this was just how it was, and it would never change.

So, what’s wrong with eating sugar, right?  It’s America, we eat sugar all the time!  Well, after about age 20, I couldn’t stop gaining weight.  I had stopped exercising regularly (no more soccer – I didn’t have time anymore!), and was focused on completing my last years in college so that I could go get a job and MAKE MONEY.  Yes, that was what was most important to me at 22!

As is usually the case for most people, I went on continuing to eat whatever I wanted.  When I started my first job I gained about 10 pounds over that first year.  I’m 6′ 3 1/2″ tall, so I’m not a short guy by any means, and I could pack on a few pounds without anyone really noticing.  I went from my average weight in college, which was around 200 (I wasn’t in perfect shape, but horrible shape, either) to around 210.

A couple of years later I was around 220 or so.  This was 1999.  I married my beautiful wife that year.  We have a few wedding pictures hanging in our house, and I still looked pretty good at 220, even though I was about 40 pounds heavier than I had been at my optimal shape in high school 10 years earlier.  Not to mention I was 24, so being younger sure helps!  Here’s a photo:

Fast forward a few years, and I was in the 240s.  It was around 2002.  I had gained close to 20 pounds over those few years, working a desk job.  However, at work, they introduced Weight Watchers as an option, and the Weight Watchers representatives would come in to our office and conduct a meeting (very convenient!), and you could do the diet with the support of your co-workers.  For me, that sounded pretty cool, so I tried it.

It worked pretty well, and I lost about 15 pounds on it.  But I was ALWAYS starving.  I like to call those days the “days of my starvation diet”.  I just could not stop being hungry on Weight Watchers.

Here’s me after a pretty good round of Weight Watchers.  I’m somewhere around 225 here: 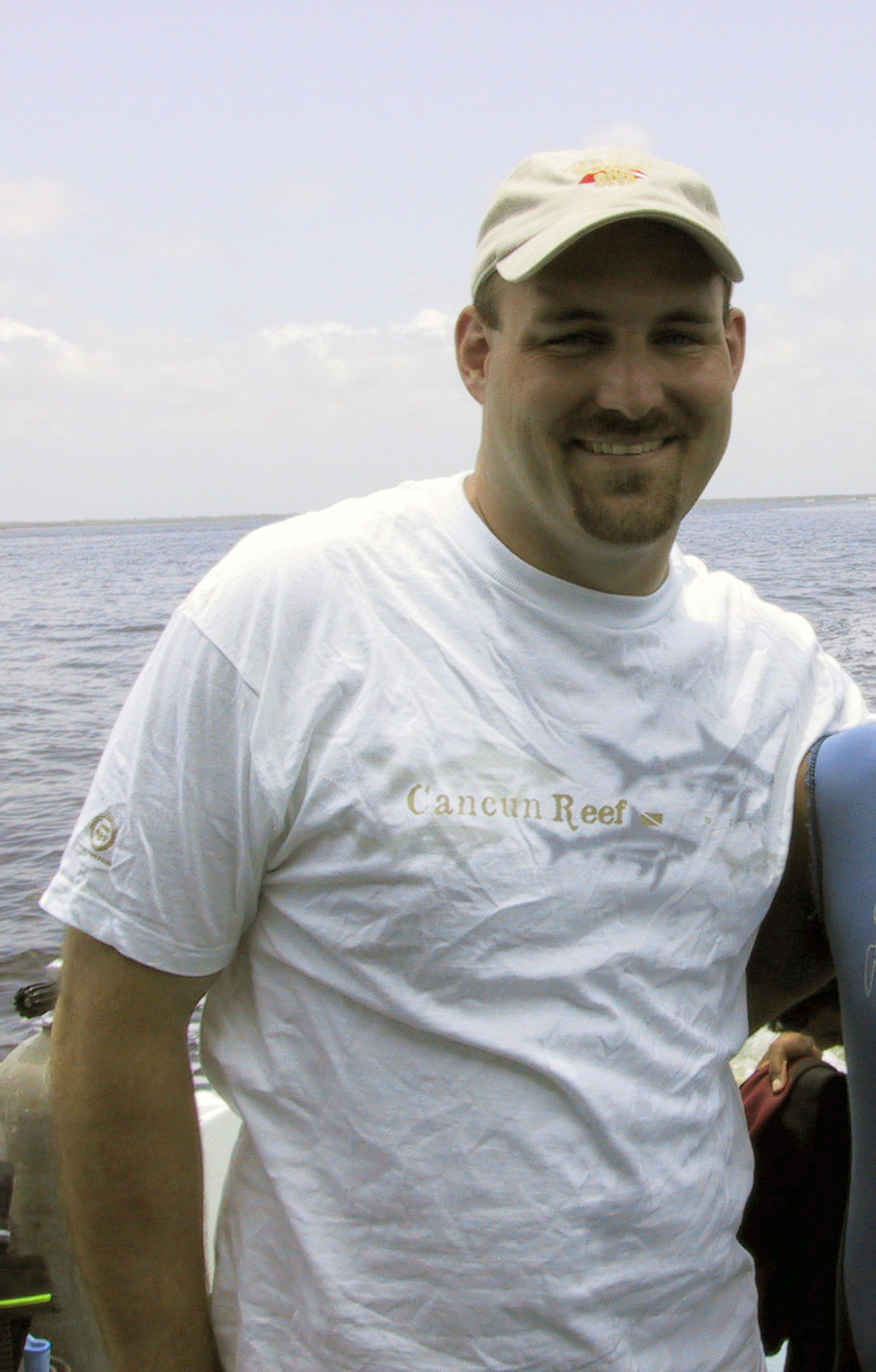 In 2004, my wife and I tried the South Beach Diet after some great advice from a doctor, and were very successful.  She was not working a full time job at this time, so she would make all of the food.  It was like a job for her, and she quickly became an expert at it.  She made phenomenal meals that were “South Beach Friendly”.  She would also make wonderful snacks, such as cutting up peppers and making special sauces, and make wonderful dinners of chicken and steak.  We lost a lot of weight on this diet!

There is a two week induction phase of South Beach, and I remember thinking, “wow, this really works!”  I think I lost close to 15 pounds in those first 2 weeks both times we did the diet.  Then the weight loss slowed down, but was still decent. 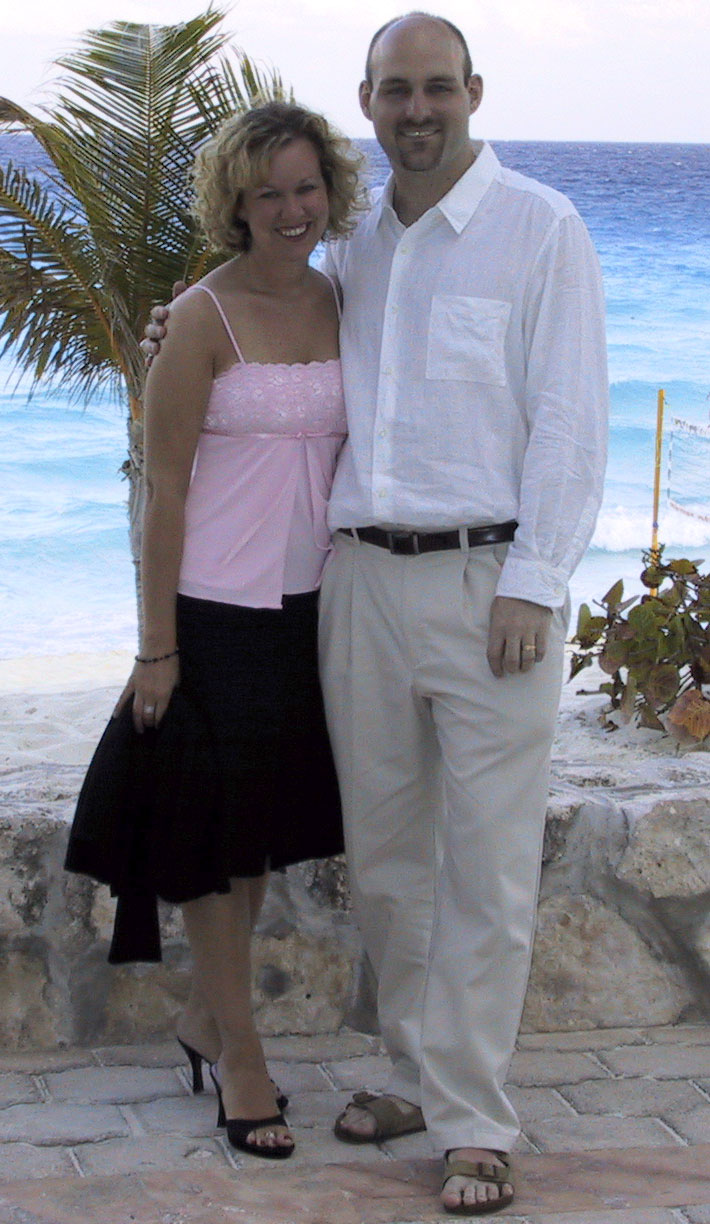 Life.  Life happened.  Specifically kids, and jobs!  3 kids (twins on the second try!) and we were stuck with all that life with children entails.  Anyone who has kids knows what I mean.

All those amazing South Beach dinners?  Those got replaced with “quickie” foods like fast food and whatever we could scrounge.  My oldest son had been born a few weeks early and had required feedings every 2 hours for the first month, and we LIVED on ham & cheese sandwiches, often eaten at 2:00 or 3:00 in the morning to keep us going.

To say life got in the way of our fantastic diet is an understatements.  The main problem was the TIME it took to prepare all of those amazing South Beach meals, but even more so, all of the snacks it required to keep you on the right path.  We gradually left South Beach in the dust, unfortunately.

I went out and bought some expensive running shoes, made a commitment to join a friend on a pretty difficult challenge, the Tough Mudder, and built up some pretty good endurance.  More than I had ever thought possible. 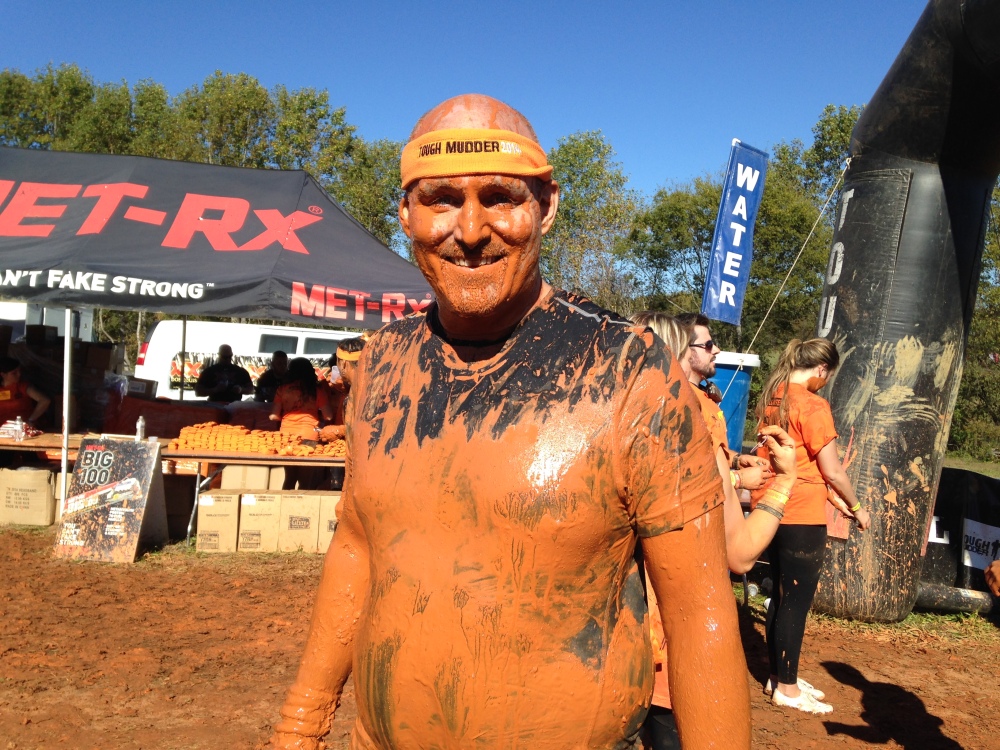 Unfortunately, even after running what many would consider an impressive 400 miles that year, including finishing the 10+ mile Tough Mudder and it’s 20+ obstacles (yes I got zapped several times at the end!), I was not much closer to my goal of losing the weight I had gained (as is obvious from the photo above – hello love handles!).   I think on that day I was somewhere around 235.

The Tough Mudder was great, right?  Well, not really.  You see, after those 400 miles, I had pretty much destroyed my knees.  I thought I might not be able to recover from the pain I was feeling.  I ran about 5 more times after the Tough Mudder that year, and then dropped running from my routine completely, because it was just too painful.

After about 3 months of NO exercise whatsoever, my knees started to feel much more “normal”.  But guess what, so was my weight!  It went right back to 250!

My wife and I were still trying to get healthy, however, and we joined Lifetime Fitness, employed a personal trainer, and I lost around 10 pounds.  I was swimming around 70 laps every couple of days (1 mile was my max), and this kept me around the 240s for a while.  So, as long as I was working out religiously, I could maintain my weight (within 10 pounds or so)

As you can see, I was able to find time for exercise at various stages of my life, even with 3 kids.  But it mostly required me to get up at 4:30 AM and be incredibly disciplined with my time in the rest of my life.  I dropped my music hobby for much of the time I was fiercely exercising – it was always a trade off.  Being “healthy” always meant giving up something else that I enjoyed.

Maximum Weight and Hitting a Wall

Fast forward to 2017.  The day was Tuesday, May 16, 2017.  I had avoided weighing myself for about 6 months.  The scale had been safely tucked back in the closet underneath some clothes.

It was the evening, and I was pretty lethargic.  I had progressively been hating looking at the mirror more and more.  I had been having some stomach pain, my heart was racing quite often, I was always tired, and generally depressed.  My kids had also been having some behavior problems and I was tired of dealing with everything.

One of my only guilty pleasures was reading the website, reddit.com.  As I recall, a woman had posted a before/after photo of herself and, as is the custom on reddit, in the second photo she looked very pretty, so of course it got massively up-voted.  If you know reddit, you know this happens a lot.  Anyway, she said, “6 month keto-vesary”.  So I went to the subreddit, r/keto, and started browsing.

This keto diet sounded a LOT like the first two weeks of South Beach, except people were having those same results EVERY DAY, long after the initial 2 weeks.  I took a photo of myself (at 283.4 pounds!) and here it is: 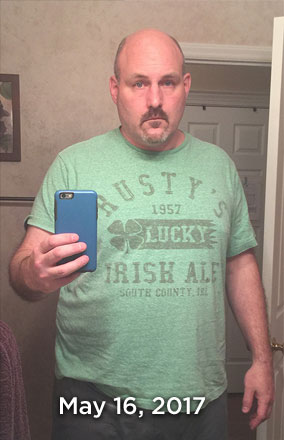 Yes, I’m not a happy camper in this photo.  Pretty exhausted, upset at how I look, but giving it “one last try” on a new “diet”.

So what happens next?  Well, I lost 28 pounds in one month, that’s what!  The single most amazing weight loss that I’ve ever experienced, and also what I would consider the easiest.

How could it be the easiest, you ask?  Because Keto & Intermittent Fasting go hand in hand, and it JUST WORKS. 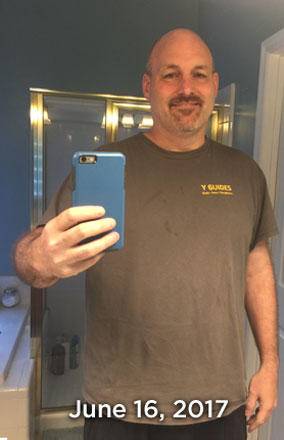 Join me as I make the “drop” below the 200 mark that so eluded me for years.  This blog will chronicle all of my progress and give you lots of great information on how to make the Keto diet part of your lifestyle, and not a “diet” any longer.

One thought on “Finding a Diet That Works”